The birthplace of the Swiss Confederacy by Lake Lucerne. A circular Lake Uri cruise with a famous paddle steamer or motorboat completes a memorable stay in Brunnen.

Enjoy the fjord-like landscape of Lake Uri. From the deck of the boat, you can admire the Schiller Stone, which was renamed from the Myth Stone to mark the 100th birthday of the German writer Friedrich Schiller. This was done to honour the playwright Friedrich Schiller for his world-famous drama ‘Wilhelm Tell’.

You can also enjoy a stop at the Rütli. The Rütli meadow is regarded as the birthplace of the Swiss Confederacy. According to legend, on 1 August 1291, three representatives of the founding cantons of Uri (Walter Fürst), Schwyz (Werner Stauffacher) and Unterwalden (Arnold von Melchtal) pledged themselves to the Eternal Alliance of the Three Forest Cantons.

If you have the time, you should also stop at the Tellsplatte (literally ‘Tell’s Slab’) with its unobtrusive yet historic chapel, named the Tell Chapel. It is said that during a fierce foehn storm, Tell bounded from a boat onto the Tellsplatte with an almighty leap. After which he gave the boat, which also carried his enemy Reeve Gessler, a mighty shove.

With the Lake Uri day ticket, you can board and disembark, travel and enjoy as often as you wish, however the mood takes you. How about a village tour by Lake Uri, a visit to the key sites of Switzerland’s founding history, or a leisurely stroll along the ‘Swiss Path’ by the lake? 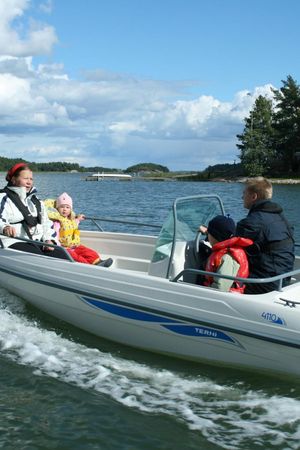